Mathias was born to Daniel and Margaretha Gierten on 24 March 1843 in Manderfeld, now Belgium. He was baptized at the St. Lamertus Parish in Manderfeld. We will explore St. Lambertus in more detail at a later time. 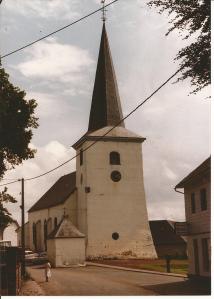 In order to understand my family history, I have had to learn about the history of my ancestors. For my ancestors lived through a tumultuous time. The borders are the remains of history and the symbols of the struggles faced.  As I have mentioned before, I am grateful for the research done by my genealogical minded ancestors.

If you look on a map for the Eifel region, you can see that it west of the Rhine River. As we zero in on the Hamlet of Hergersberg and nearby Manderfeld (both are today on the Belgian side), we begin to learn much about our German roots.  The village of Manderfeld  is located in the eastern tip of eastern Belgium.

Mathias had four siblings, Gertrud, Magdalena, Peter (not my grandfather), and Wilhelm. Mathias was the oldest son, and according to “Stockerbenrecht”, (the practice where family property could not be divided and only one son or one daughter inherited the property. According to Agnes Perings (my second cousin, one time removed), “most of them remained single, stayed in the house and went on working with the rightful heir” (p. 7). Or they moved outside of the village. This is one of the reasons people from this region moved to the Ruhr region, where they could work in more urban areas or the mines of Northwest Germany.

Mathias grew up in Manderfeld. It is likely he took over the family farm, as so many of the families did in those days. His older brother Peter immigrated to the United States in 1887 (we will talk more about him in a later post).

Perings wrote that Anna-Maria and Mathias lived in the house Buresch after getting married, then they build the house of Kersten in 1873 (Perings, 1990). Anna-Maria and Mathias had nine children. Their oldest son Peter (my great-grandfather) immigrated to the United States, followed by his younger brother Hubert. Mathias died in January 1905 at the age of 61. Below are there children:

Margaretha, the eldest daughter of Mathias and Anna-Maria went to the Ruhr Region; she died at the age of 32. She married Aloys Heitkamp

Christoph the second child to Anna-Maria and Mathias died at the age of four.

Peter (my grandfather) immigrated to the United States

Maria stayed in the House of Kersten and married Kaspar Perings

Magdalena married Aloys Heitkamp they went to live in Castrop (Ruhr Region) (not quite sure if this is the same Aloys as her sister married).

Katharina-died at age 9, by diphtheria

I plan to write more about these ancestors.  Join me as I continue to Explore Backwards!

Ancestors and descendants of Mathias Kersten and Anna Maria Reiter by Agnes Perings, 1990.

When Raleigh Hopper Mathews was born on October 30, 1809, in Oglethorpe, Georgia, his father, Littleberry, was 23 and his mother, Jerusha, was 19. Raleigh grew up in Oglethorpe County and lived there his entire life. To give some context to this time period, James Madison was president of the United States. At that time there were 17 states. When Raleigh died, Lincoln was president and the country was at war with each other and there were 34 states in the Union.

Confederate States of America flag, circa 1861

Raleigh or Rolly as it was written on many documents was the oldest son of 14 children. Raleigh married Mary Ann Dowdy on 26 October 1835, in Oglethorpe County (Palmer, 1994). According to records that I could find, they had 11 children. Mary Ann Dowdy (1818-1889) was the daughter of Richard and Nancy E. Jones Dowdy.

I keep thinking about Raleigh’s wife, Mary, she would have had to bury her husband, and wake up every day knowing that four of her sons were off at war. The strength she must have had to carry on to attend to her other seven children (Cena Ann (my 2nd great-grandmother), Sarah Jane, Emma Jerusha, Mary Susan, James Calvin, Nancy Ella and Martha E.  Then in 1864, she loses another son Berriam to the war (I am still researching this event).

Genealogy of the Mathews Family of Ancient Wales, England and America by Jerry Mathews Palmer, February 3, 1994.

The last time I posted, I wrote about Georgia Holt Sublett. Today, I write about her again but this time it is her obituary. I have a slip of paper that equates as her obituary. It has a jagged edge and is faded with the years. However, it tells us a story, and even more facts. 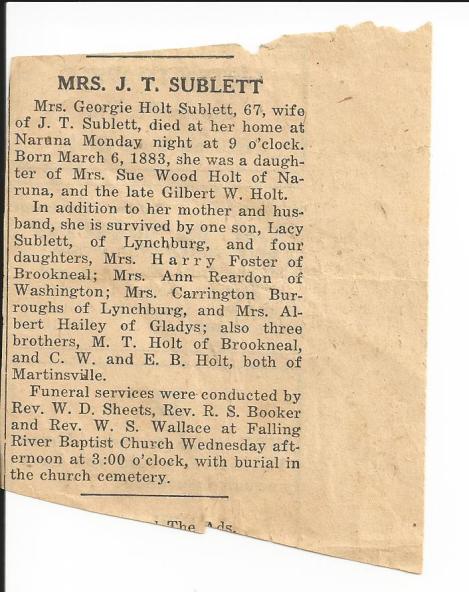 I am not an expert in obituaries, but I suspect most of the current ones do not give the specific time of death. I am not sure why this one does.  Do you?

What the slip of paper cannot tell me because it has been cut away, is that Georgie died on 10 April 1950. She was only 67 years old. The obituary does not tell us the cause of death, but it does tell us that she was survived by her own mother and her husband.  I may have to send away to find out cause of death.

The obituary also gives us a look into her family, as we read that all of her daughters are married. It seems like an oversight or something as only one of the daughters is listed by name. As an amateur genealogist, I like to see the names of the siblings and their locations. This helps me in finding out more about them.

Below is a great picture of her and her mother.  My grandfather Lacy is standing there in his overalls.  I believe it is Clarice, the youngest in her arms, but I am not certain.  I do not know how old Lacy is, but he looks younger than 10, if this is true, we can safely say that this photo was taken before 1920.  I wish there wasn’t a shadow on my grandfather’s face.

Until next time, I will keep exploring backwards.

One of the important things about genealogy is placement of our ancestors in the time and space in which they lived. I have learned more about history than I ever thought I would.

Recently, I found another piece of property for sale that has a family Tract name. The name Holt was my great-grandmother’s maiden name. Georgia Kate Holt was born 26 Mar 1883 in Naruna, Campbell County. I wrote about her father, Guilford “Walker” Holt last July on this blog. 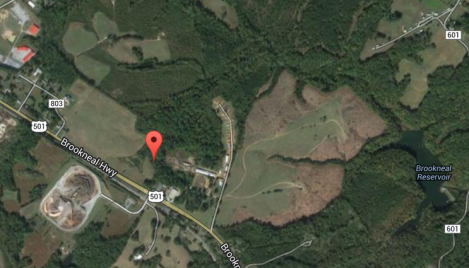 Google Image of the Holt Tract

The interesting thing about find this property is to ponder all of the life’s events that occurred here. Georgia Kate was the eldest child of Sue and Walker Holt nine children. Raising nine children is rough anytime but this was after the Civil War, and the Wild West was in full swing. Jesse James and Billy the Kid are both shot and killed. The Brooklyn Bridge and the Washington Monument are both completed before the turn of the century.

Georgia and her siblings were born and raised in Campbell County. The census records indicate that they lived in the Falling River District, which is located near and around the town of Naruna. Tobacco was the major crop for Campbell County. “Brookneal served as a major tobacco market for many years” due to its proximity to the Staunton River (Campbell County Website). This was probably the crop of my ancestors.

I cannot seem to find the marriage date for Georgia Kate and John Thomas, however, according to the 1910 Census, we find them living in Campbell County, and luckily, one of the census questions was how long in present marriage. They indicated 9 years. Therefore, it is safe to assume that sometime after the 1900 census, they married. There is no way to know how far away the lived from her parents. We do know that they remained in the same Enumeration District (Falling River) during the 1910 and 1920 census. Georgia’s father dies in the spring of 1929. On the 1930 Census, Georgia’s mother Sue Etta Wood Holt is now living in the home with Georgia and her husband John Thomas.

Georgia and John Thomas go on to have children of their own: Claudia, Anne, Lacy, Mae and Clarice. We have already discussed my grandfather Lacy Luke Sublett, but we will soon discuss the others. 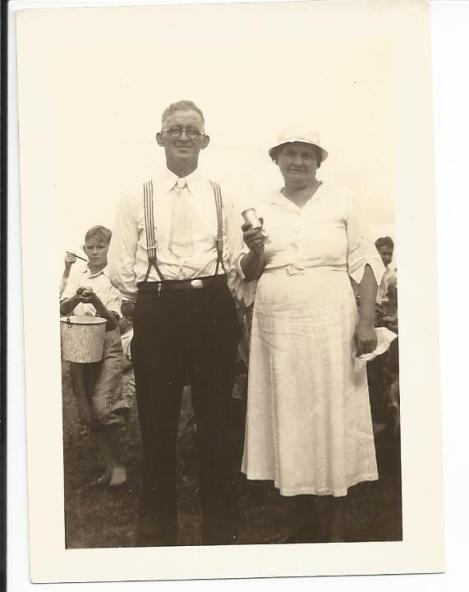 Until later, help me explore backwards.  If you have anything to add, please let me know.